Conversations heard by the Cross Wk 1

Conversations heard by the cross is a series of special Lenten services written by Arden W. Mead. This ecumenical series is being presented by local churches each in turn at First Congregational Church in McGregor. A meal is served at 5:00pm in the church basement and the program is presented in the church sanctuary at 6:00pm. The church is located at 429 Main St., in McGregor.
The first of the series was presented last night, Feb. 24, with Pastor Alan Schultz as the leader of the service. The conversation heard was between Malchus (Gary Brooks), Mark (Bob Eggan) and Abner (Lynn Hallberg) and took place after the arrest of Jesus. Malchus was the servant of the high priest whose ear was cut off by Peter which Jesus healed like new. Mark is believed to be the man whose robe was pulled off as he escaped the mob because they believed he was a disciple of Jesus. Mark was not really a disciple of Jesus at the time but later went on the write the gospel of Mark. It was a fictional conversation, as far as we know, but was extremely interesting. First Lutheran Church did a fine job of presenting the program. Thank you to all of them.
There was a delicious meal beforehand provided by the ladies of First Congregational Church. We thank the ladies for providing the food. Several churches will take turns providing the meals for the series.
There will be four more performances over the next four weeks. They will be held on: Mar. 3, Mar. 10, Mar. 17 and Mar. 24. Come join us for these performances and enjoy a delicious meal to dedicate the Lenten season. We would be privileged to have you as our guest.
May GOD who has called us forth from the dust of the earth and claimed us for CHRIST in the waters of Baptism, strengthen you on this journey to new life. Almighty GOD, Father, Son and Holy Spirit bless you now and forever. Amen.
Posted by FCC at 7:36 AM No comments:

Fcc McGregor will be hosting the 2010 Crop Walk on April 18 at 1:00pm. More information will be coming soon about the local walk. Check back often so you don't miss out. Consider walking in this years event. Start finding sponsors for your walk. In the meantime go to Church World Service web site to learn about what Crop Walk is and get tips on walking for the event. 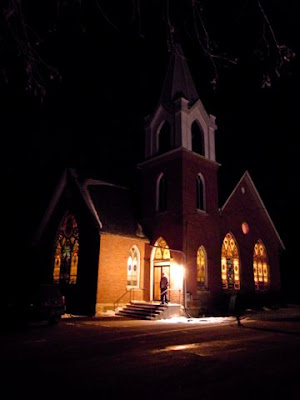 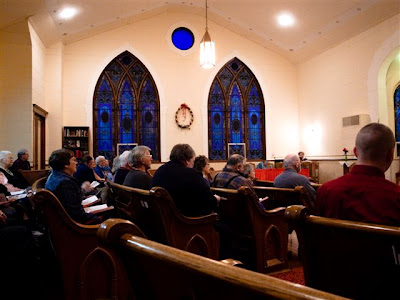 The area churches met at the Giard center of Living Faith Parish for Ash Wednesday.

The Rev. Dennis Gilbert delivered a message on “Teaching Pain” encouraging the congregation to undertake a Lenten devotional. The Revs. Al Schultz and William Gentry of the Lutheran and Congregational churches respectively assisted with the imposition of ashes. The Lenten season continues with Wednesday meals and worship all hosted at First Congregational Church of McGregor. Come join us.

The Women's Fellowship held a meeting on February 15th in the church basement. 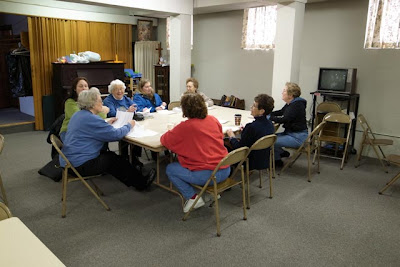 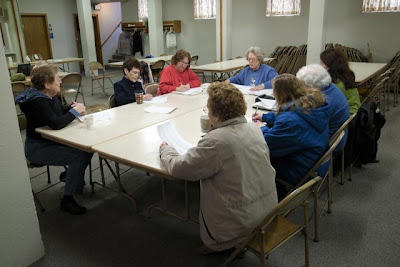 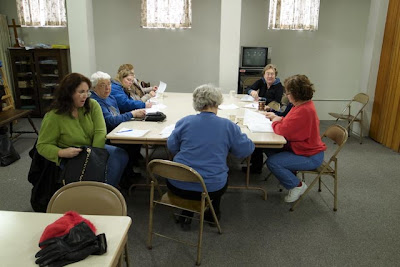 The group's mailing list was updated along with the prayer chain list. The Fellowship is divided in two groups: Circle A (Martha Circle) and Circle B (Mary Circle). This year, the Martha Circle served in January. This group will serve every other month. Preparation was made by the Mary Circle for the first of the Lenten Suppers.
The Helping Services for Northeast Iowa has sent their newsletter to us asking for support. If anyone is interested, their website is: www.HelpingServices.org. This organization helps the community by having a Family Support Network, Mentoring, Substance Abuse Prevention and Domestic & Sexual Abuse Resource Center.
The Christian Children's Fund has changed their name to ChildFund International, US Program. A child progress report was received from the child we support. She is now 4 years old. Her mother writes that her daughters favorite thing to do is dance and sing. Audrianna wants to be a nurse when she grows up. She likes the color red and is very outgoing. For those who are not famliar with ChildFund.
Posted by FCC at 10:00 AM No comments:

THE BAPTISM OF DANIEL A. THOMAS 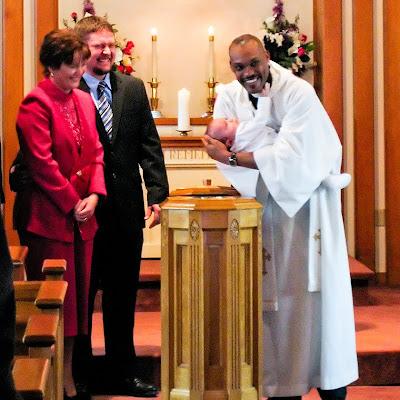 The people of First Congregational Church congratulate Ansa and Gericke Thomas on the baptism of their son Daniel Anthony. May the joy of the Lord be your strength, now and always. God bless you all.
Posted by FCC at 9:30 AM No comments:

The Bible study group meets Thursday's at Valley View Apartments at 4 pm. Members of the group take turns leading each weeks discussion. Not only do we learn more about God's path for us, we also learn more about each other. If interested, please join us-the more the merrier!
Posted by FCC at 5:35 AM No comments: 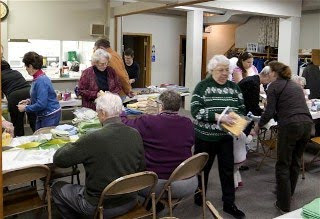 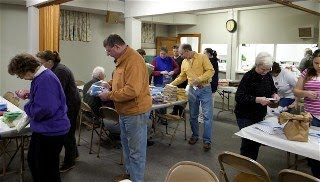 On January 31st,the Religious Education Committee held a Pre-Super Bowl Family Night Potluck. As always, there was plenty of good food and fun. We were instructed to bring a food the color from one of the play-off teams. Our main goal this night was to put together the hygiene kits. The RE committee had a presentation two weeks prior, asking everyone to sign up and donate items for the Hygiene Kits. The kits are sent to the Church World Service, which are used for disasters like the one in Haiti. Each kit contains: Hand towel 16" X 28",Washcloth, Wide tooth comb, Nail clipper, Bar of soap{Bath size in wrapper},Toothbrush {in original packaging}, Band-aids {standard size}. The items were at separate tables. Everyone was instructed to place one of each item into a zip-lock bag. Following a set trail around the tables made the process very simple. The final count was 106 hygiene kits sent to Church World Service. A big "Thank you" and "Job Well Done" to those who participated. We look forward to the next project. Click here to see more pictures from the Hygiene Kit Night.
Posted by FCC at 4:56 AM No comments: