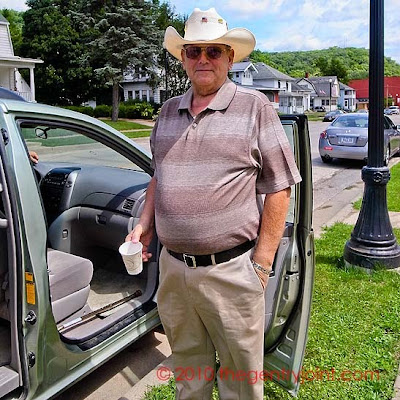 John C. Erickson of St. James, MN, formerly of Maynard, IA, passed away on Sunday, October 31, 2010, at the home of his brother, Harry and sister-in-law Diane Erickson, in Elkader, IA, where he has resided with his wife Cleo. This past year John has fought a courageous battle of Large B-cell Lymphoma.

John Charles Erickson was born December 27, 1946, in Sumner, IA, to Edwin and Charlotte (Schrader) Erickson. John attended school at Oran #2 Country School and graduated from West Central Community School in Maynard, IA. Following graduation, he attended Humboldt Institute in Minneapolis, MN, for Freight Traffic Management. During the summer, he worked for the Billy Graham Ministries. John was employed by Ozark Airlines at O’Hare Airport in Chicago, IL, after graduation. In 1966, he was drafted into the U.S. Army and served as an M.P. He worked as a police officer for one year in Harlan, IA, after he was discharged. He then went to work for the Chicago Northwestern Railroad and then for the Union Pacific Railroad.

He was a member of the Rolling Prairie A.B.A.T.E., Union Pacific Employee Club #70, was a Patriot Guard and the Brotherhood of Locomotive Engineers. He recently became a member of the First Congregational Church – UCC, in McGregor, IA. John enjoyed golfing, fishing, camping, riding motorcycle, participating in Relay for Life, and being with friends and family – especially his granddaughters. This past year has been a year to remember for John – being able to play golf with his brothers and friends, go fishing, see his classmates, spend time in his camper, and take a last ride on his Gold Wing.

On July 28, 1990, John was united in marriage to Cleo L. Sandmeyer. They made their home in St. James, MN. John continued working on the Union Pacific Railroad until he retired in 2007 after 37 years as an Engineer.

John was preceded in death by his parents, Edwin and Charlotte Erickson; sister, Mary Shimek; nephew, Paul Erickson and brother-in-law, Russel Larson.
Posted by FCC at 3:06 PM No comments: 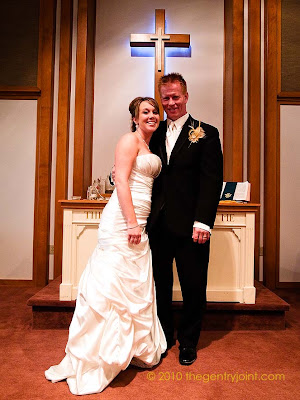 Congratulations to our new members, Brandi and Dale Crozier, who were married October 9th at FCC. The people of First Congregational congratulate Brandi and Dale as they begin a new life together. God bless them.
Posted by FCC at 6:52 PM No comments: